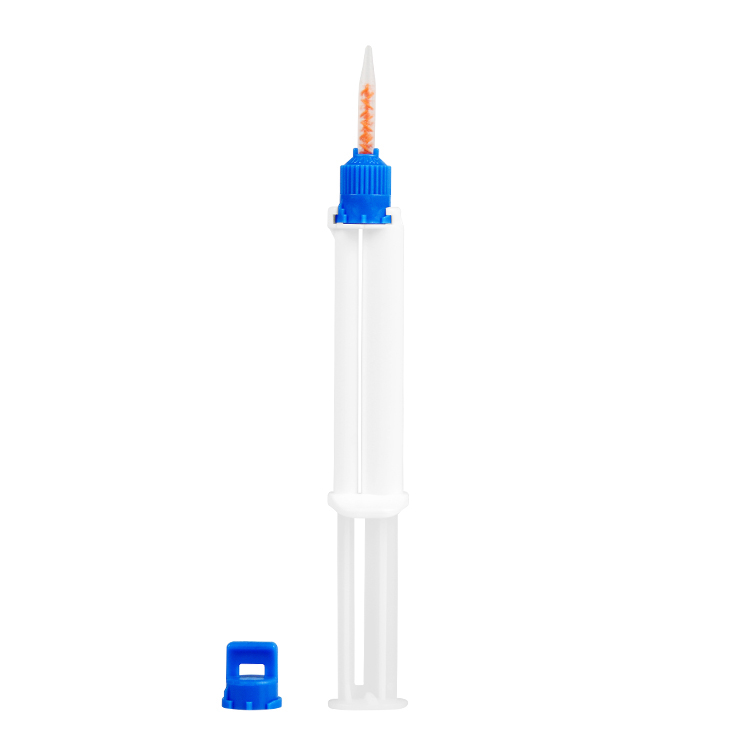 Step 1:  Take Record Of The Patient’s Teeth Prior The Whitening Treatment.
Step 2:  Wear The Protective Glasses And Put On The Cheek Retractors.
Step 3;  Apply The Lip Protector Oil
Step 4:  Dry The Teeth And Gums.Apply The Gingival Protection. Light Cure In A Circle Motion.


Send email to us

Dentist hydrogen peroxide teeth whitening gel is a new packaging form of tooth whitening gel. Because of the previous form,tooth whitening agents are divided into two parts, which need to be mixed manually and require a long period of operation experience by the operator, because once mixed, It must be used up, otherwise, after a long period of time, it will be ineffective,very wasteful, and the proportion of mixing each other is also a problem. The operator will operate according to his ownexperience, and the operator who has not had enough experience will often be improperly operated because of the proportion. .Result in discounted effects and affect whitening Effect. The new dentist hydrogen peroxide teeth whitening gel is automatic mixing, based on the best effect of the mixed proportional packaging, automatic formation of the best effect of teeth whitening gel, do not worry about mixing problems, make it easy to whiten teeth for the customer . Each dnit hydogen proide teth whteng gel wll have an' mixing tp for otomtic mixing, dnided nto two dos 25ml .and 4.5ml sicatinso, depending on demand.

1. Dual-barrel Syringe of Teeth Whitening Gel
2. with a mixing tip ;
3. will mix the gel accordingly when you push the syringe
4. very convenient to use,no need to mix by hand
5. can be sealed when you do not use,keep long activity of the whitening gel
How to use:
Step 1:Take record of the patient's teeth prior the whitening treatment.
Step 2:Wear the protective glasses and put on the cheek retractors.
Step 3;Apply the lip protector oil
Step 4:Dry the teeth and gums.Apply the gingival protection. light cure in a circle motion.
Step 5:Attach the mixing tip to the dual-barrel syringe of the whitening gel and apply a 2-mm layer of the whitening gel to the
dry surface of the teeth.
Step 6:Adjust the whitening machine and press the start button to begin the first ten-minute cycle
Step 7:at the end of the ten minutes cycle.use dry suction to remove the whitening gel. DO NOT rinse with water. Repeat steps
4-6.two more times for a total of three, ten-minute treatment cycles. .
Hot Tags: Dentist Hydrogen Peroxide Teeth Whitening Gel, suppliers, manufacturers, wholesale, price, private label 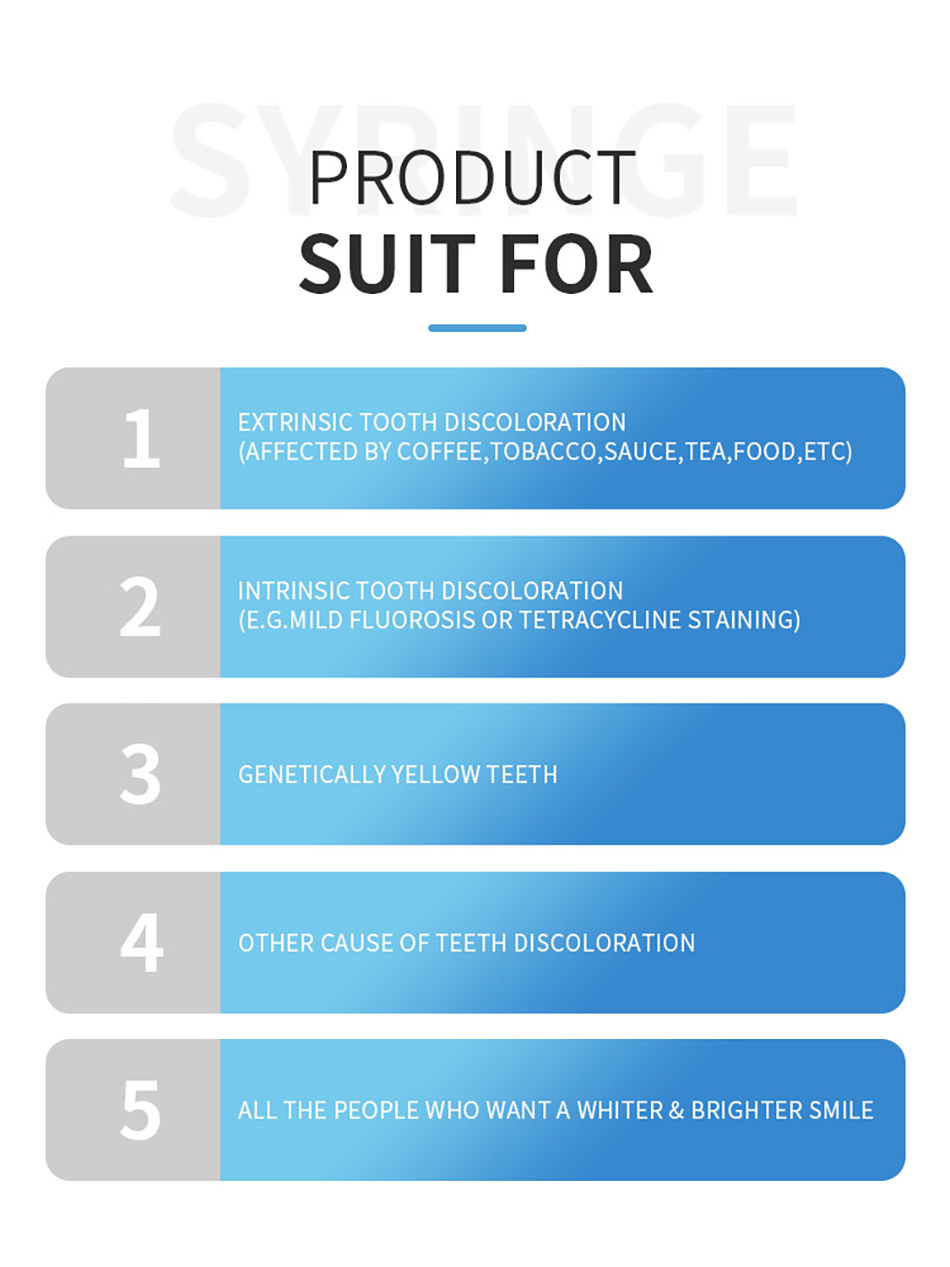 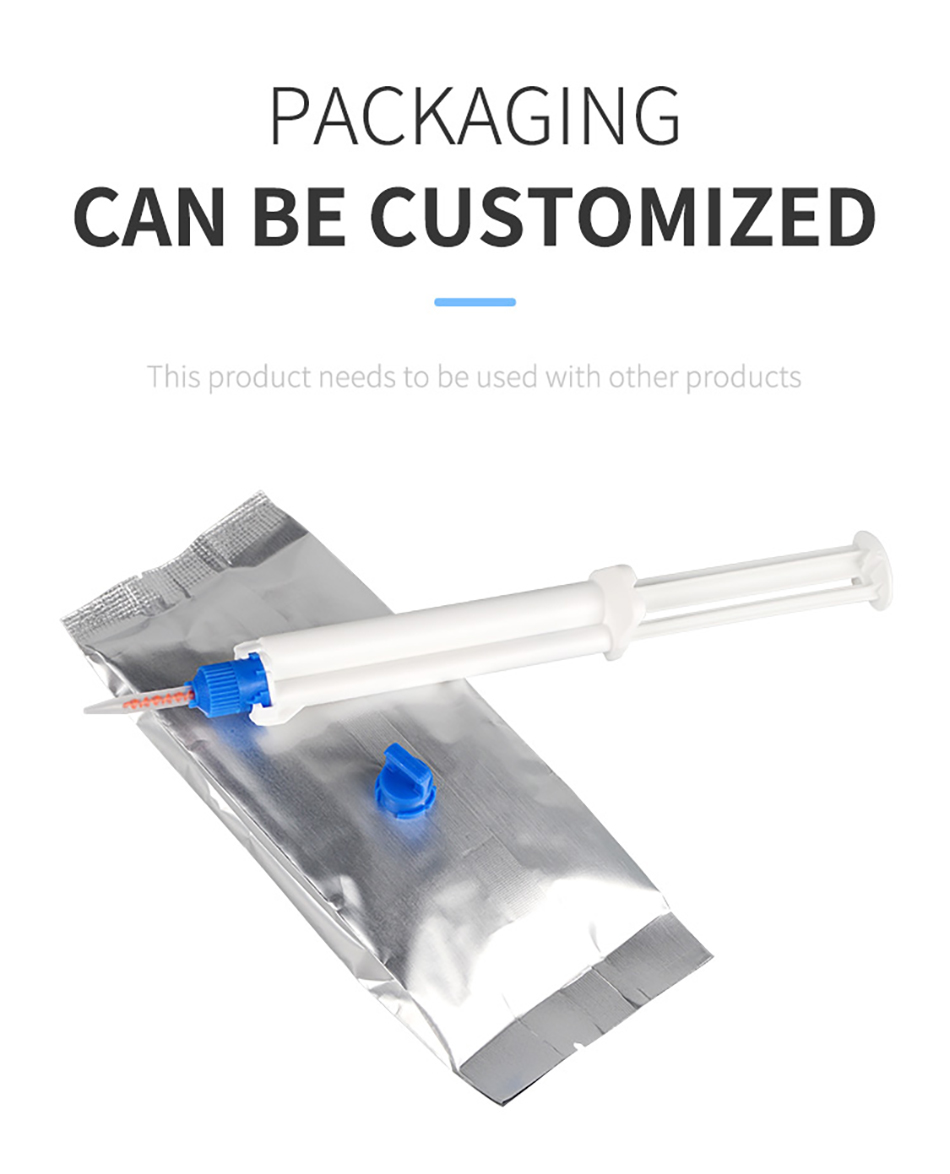 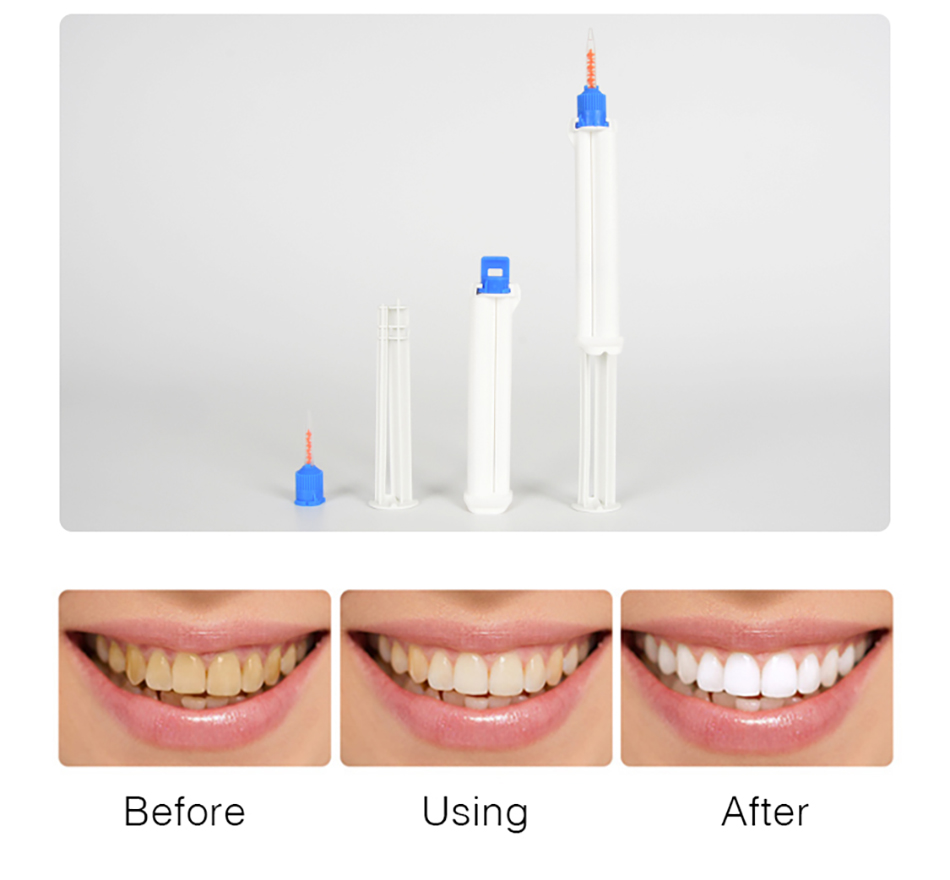